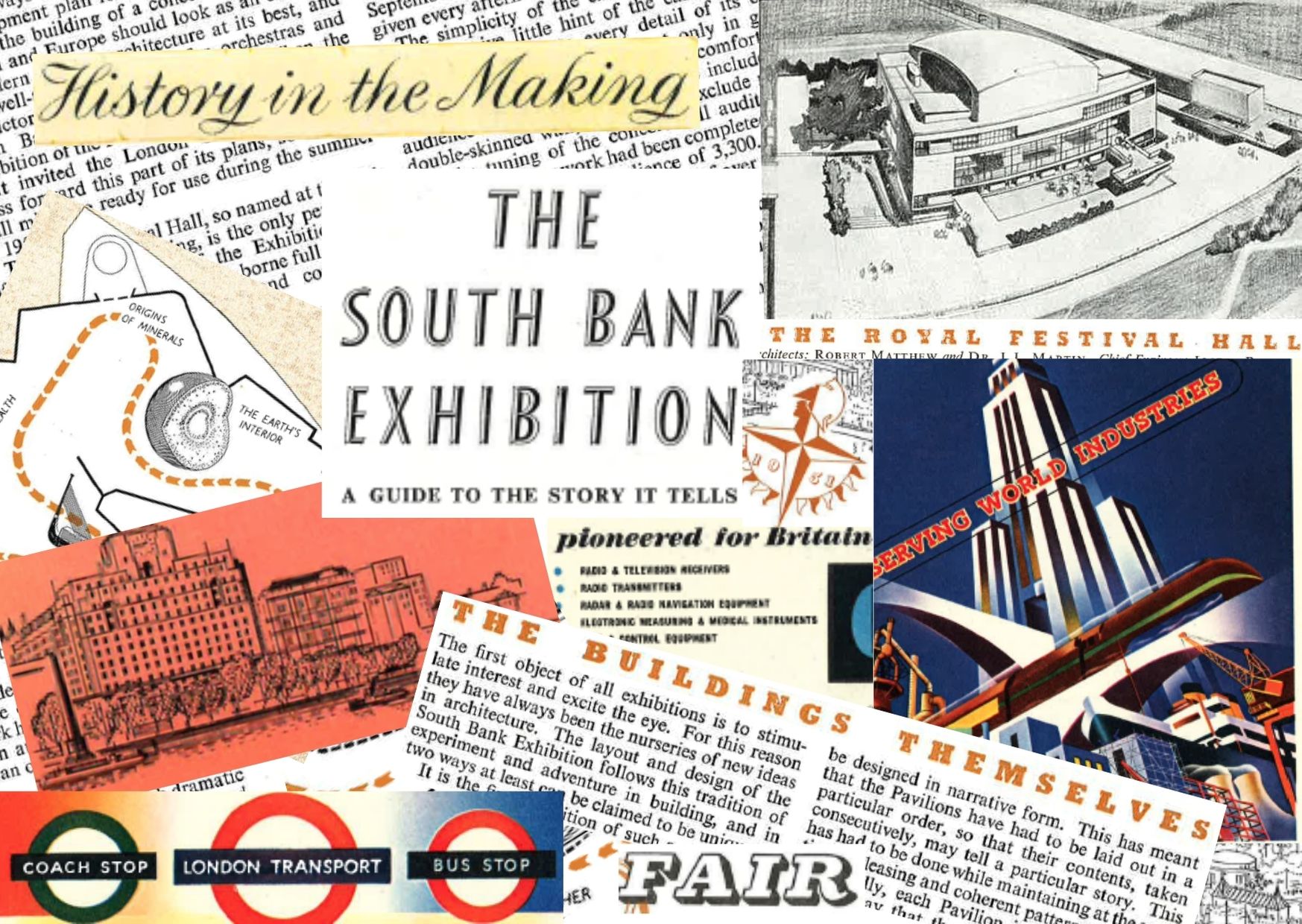 This month we celebrated the 70th anniversary of The Festival of Britain. The area of Chelsea in which we are located has such a history with art and design and still considered to be a bustling design quarter today, so we’re taking a look at the furniture and textiles which featured at one of Britain’s most iconic festivals.

It was certainly with the design powerhouses that propped up the Festival of Britain’s iron poles. Considered the biggest event of the year, the festival attracted an array of contemporary British creatives across architecture, textiles and product design.

It also paved the way for a new aesthetic, as designers made do and melded furniture from the resources they had (ie. steel and aluminum as opposed to wood, which was still of limited availability). In this post-war ration restricted Britain, food and commodities may have been scarce, but ideas were in ready supply! Ernest Race, a furniture designer who cut his teeth in the munitions industry during war-time, produced a piece specifically for the Festival called the ‘Antelope’ chair. It had a curved top-rail, primary painted plywood seat (festival colours) and signature balled feet. His stackable ‘Springbok’ chair, named after its exposed springs in PVC sleeves, was also a handy invention for outdoor and indoor events – this particular one was used for the outside terrace alongside Andrew John Milne’s perforated steel sheet pastel ones (sold by Heal’s).

Exhibits from the riverbank

The public were also out in force – admiring the Southbank exhibits, which ranged from the depths of the sea to the edge of the Milky Way. The 93 foot tall ‘Dome of Discovery’ housed exhibits on the New World, the Polar Regions, the Sea, the Sky and Outer Space. Close by sat the Skylon, a War of the Worlds-esque futuristic structure, designed by Hidalgo Moya, Philip Powell and Felix Samuely that appeared to be suspended in mid smog filled air. One of the most popular attractions, however, was the Telekinema, a 400-seat cinema that saw well over 400,000 visitors. Passersby preferring live entertainment were also well catered for with the opening of the Royal Festival Hall – as were their backsides (!): Robin Day’s 658 chair was developed specifically for the venue and became known as the RFH lounge chair. Its elegant design with its wing-like arm rests, perfect for champagne clutching limbs were an instant hit. Robin and his textile designer wife Lucienne went on to establish themselves as key figures in the post-war design industry.

Lucienne’s most famous textile design, ‘Calyx’, a geometric plant motif that went against the commercially successful floral prints of the time was featured at the festival. Man-made structures were the inspiration for Joyce Clissold (director of block printing enthusiasts group Footprints), however, who designed a rust red commemorative scarf for the event, with images of the Dome and Skylon. John Barker, also on display, opted for a lilac and yellow chequered pattern that interspersed an image of the Southbank site and the home of the Great Exhibition of 1851, Crystal Palace. So, take a moment to reflect as you peer through that curtained pub window, before plonking yourself down on a pre-booked chair – you could be coming in contact with the future of design – non-rationed food for thought!

Worlds End Studios is home to over 120 businesses, contact us today on 020 7349 7001 or by emailing info@worldsendstudios.com to let us know how we can help you get started.

One thought on “An Ode to the Festival of Britain”